Archie's Weird Mysteries is an American animated children's television program, based on the Archie comics. The series premise revolves around a Riverdale High physics lab gone awry, making the town of Riverdale a "magnet" for B-movie style monsters. The show is distributed as meeting the FCC's educational and informational children's programming requirements, and is used by commercial stations in the United States to meet this guideline. Produced by DIC Entertainment, the show was initially shown mornings on the PAX network, often with infomercials bookending the program. The following season, its repeats were syndicated to television stations throughout the US, as a way to comply with mandatory E/I regulations. 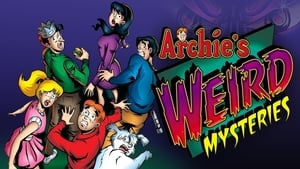