Total Wipeout is a British game show, hosted by Richard Hammond and Amanda Byram, which first aired on 3 January 2009. Each week, 20 contestants compete in a series of challenges in an attempt to win £10,000. These challenges are based in large pools of water or mud and generally involve large assault courses that participants must cross. Total Wipeout is a licensed version of Wipeout, the Endemol show that originated in the United States in 2008, with the name slightly altered to avoid confusion with the BBC version of the earlier game show of the same name. On 29 March 2012, BBC confirmed that they are to axe Total Wipeout after its sixth series. The Daily Mirror reported that a BBC spokesperson said: "After four very successful series of Total Wipeout, and one series of Winter Wipeout, the BBC has taken the decision that the next series, due to transmit later this year, will be the last." The remaining 10 episodes from Series 5 began airing on 18 August 2012 and ended the show’s 4-year run on BBC One before 2013. 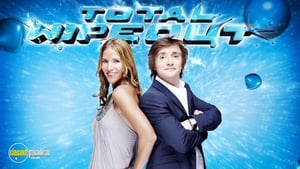